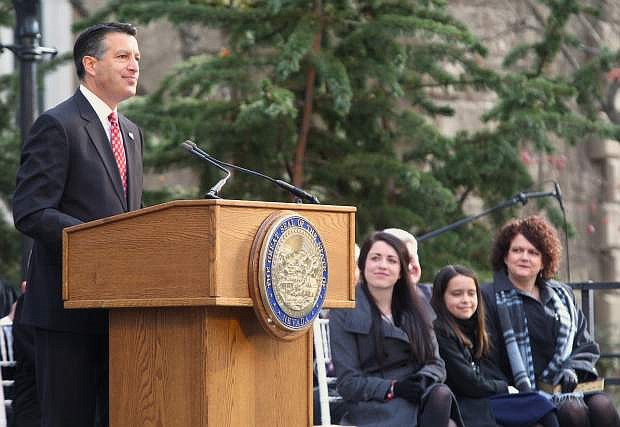 As his family looks on, Gov. Brian Sandoval speaks to a large crowd at his inaugural ceremony on Jan. 5.