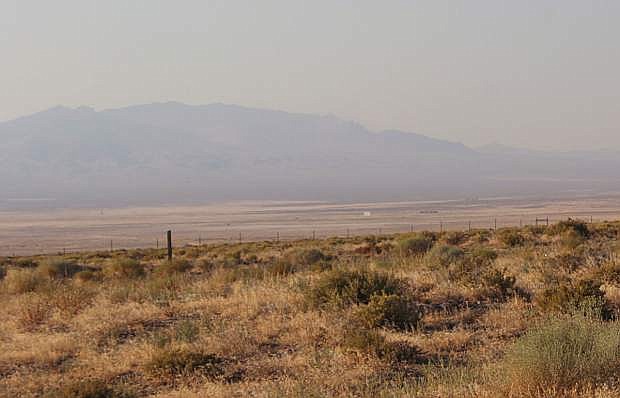 The Bureau of Land Management update commissioners at their last meeting of 2017 on fire restoration efforts at the Draw and Bravo 17 fires. The Draw Fire, shown here, burned more than 20, 000 acres 60 miles east of Fallon and north of Cold Springs.