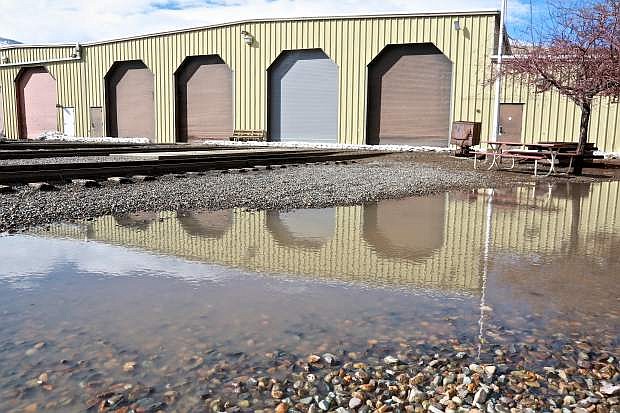 Standing water can still be seen at the railroad museum as of Friday.