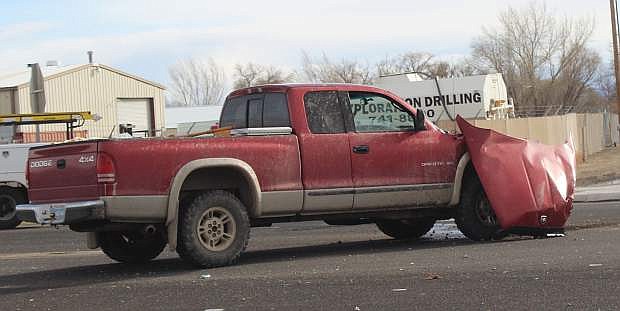 The Nevada Highway Patrol reports a red Dodge pickup pulled out in front of another vehicle at Sheckler Cut Off and U.S. Highway 50 on Tuesday aftrnoon.