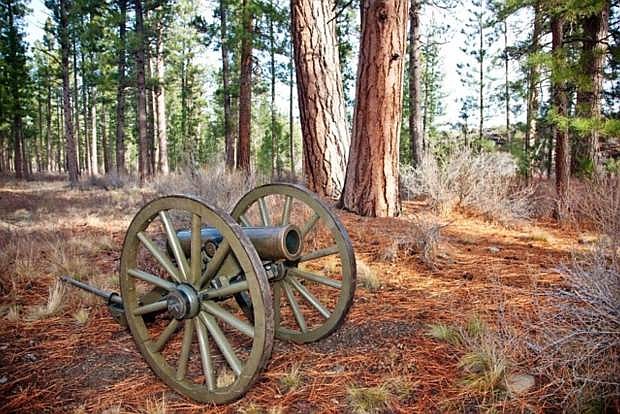 The bronze cannon barrel that has been on display at the Nevada State Museum is the same barrel abandoned by the Fremont expedition in 1844.