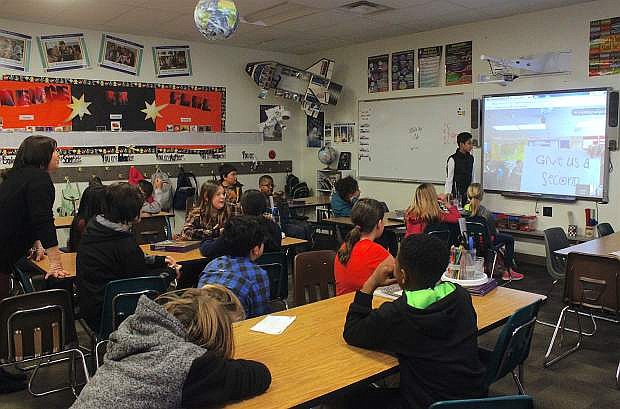 Victoria Purrell&#039;s fifth-grade class does a Google Hangout with fifth-graders in Arcadia, Calif., figuring out the other&#039;s location by answering questions about geography, weather, the economy, food and attractions.