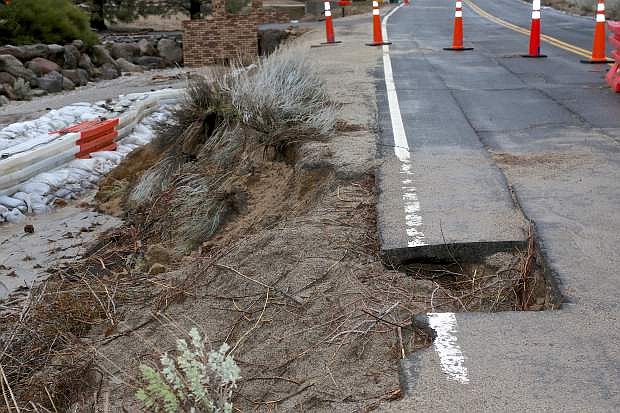 Combs Canyon Rd. has a section of pavement missing Friday due to floodwaters.