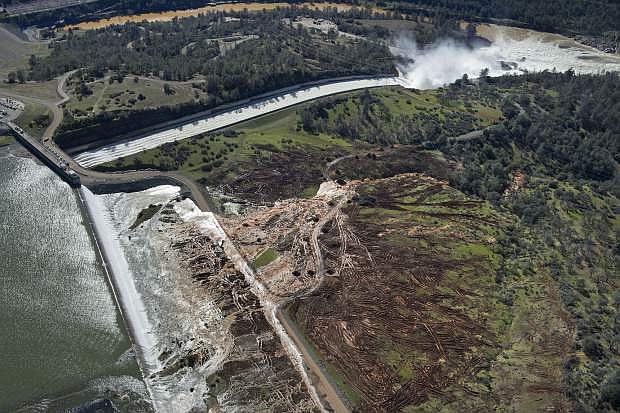 Lake water flows over the emergency spillway, bottom left, at Lake Oroville for the first time in the nearly 50-year history of the Oroville Dam Saturday, Feb. 11, 2017, in Oroville, Calif. The dam opened in 1968. (Randy Pench/The Sacramento Bee via AP)