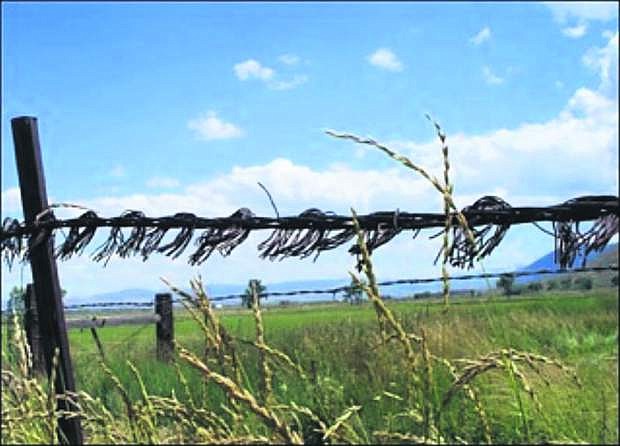 Comstock barbed wire can be seen in Carson Valley and other areas in Northern Nevada.