All that glitters isn’t always golden 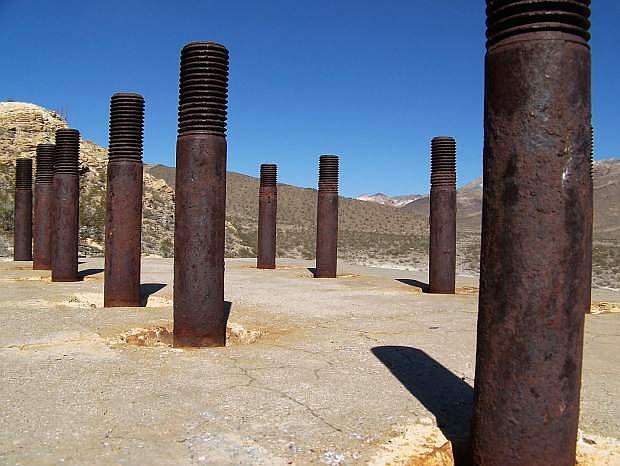 These rusting metal poles, once part of an old mill, are among the few remains of the settlement of Gold Center, located near Beatty.