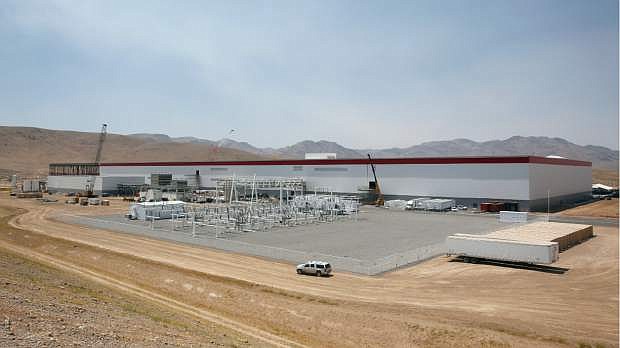 An overall view of the Tesla Gigafactory seen during a media tour July 26.