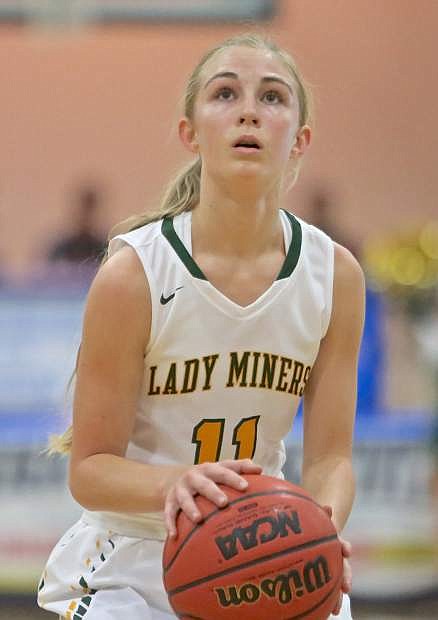 Manogue freshman Kenna Holt concentrates at the foul line in a semi-final matchup against Reed Friday night at Carson High. The Miners would win the game 62-45.