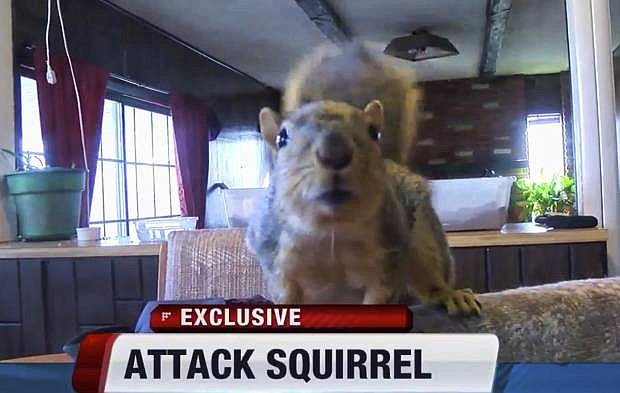 This Sunday, Feb. 12, 2017 image from video provided by KIVI-TV shows an indoor pet, a squirrel named Joey in Meridian, Idaho. Police said the squirrel has thwarted a burglary attempt. The Meridian Police Department said a juvenile entered the home last week and told police after later being arrested that the squirrel attacked him when he tried to break into a gun safe. (KIVI-TV via AP)