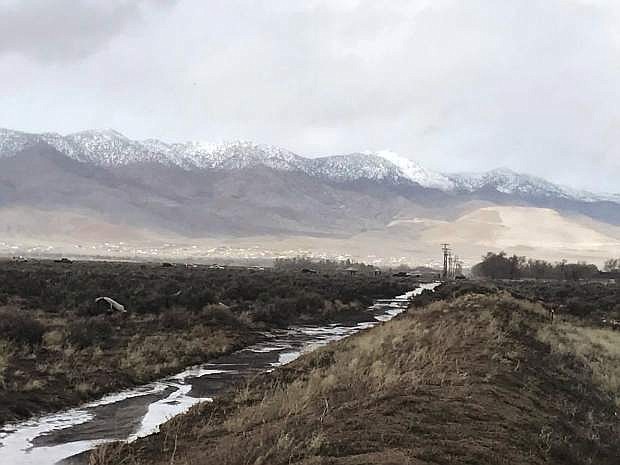 On the opposite side of Dayton Valley Road, near Sydney Lane and Rancho Road, is the remaining water of the diversion which caused an overflow in a pond Tuesday afternoon, influencing a flood warning.