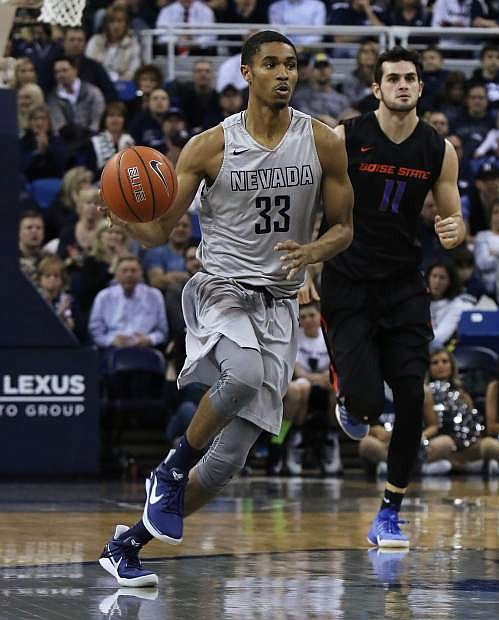 Nevada&#039; Josh Hall dribbles down the floor in the first half against Boise State on Wednesday at Lawlor Events Center.