Nevada flourishes at charity stripe, back in first place 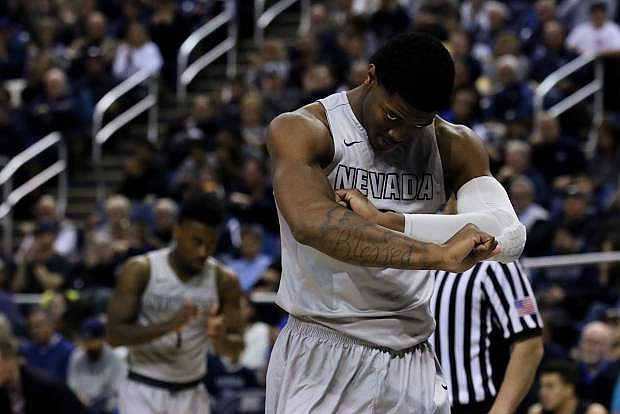 Nevada&#039;s Cameron Oliver reacts after a defensive play in the second half against Boise State on Wednesday at Lawlor Events Center.