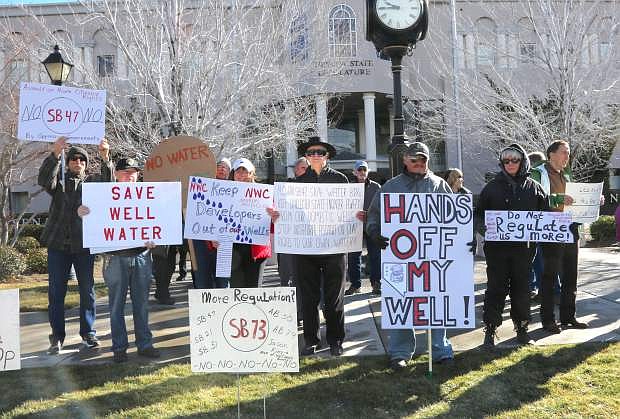 Demonstrators gather in front of the Legislature to protest proposed bills that will reduce and restrict private water wells.