Dance scenes in movies can be tricky, but sometimes magical 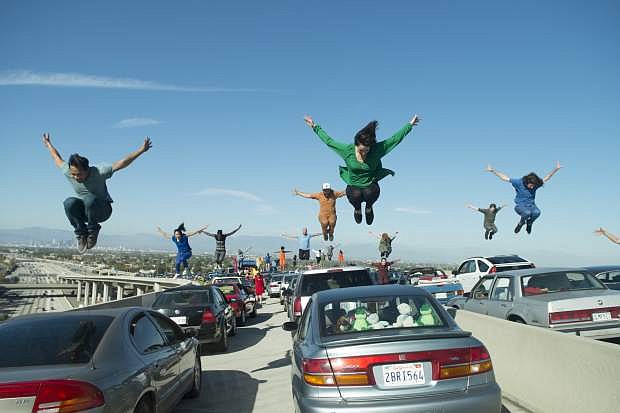 This image released by Lionsgate shows a dance scene from the Oscar-nominated film, &quot;La La Land.&quot; It&#039;s not easy to stage a successful dance scene for the cameras, especially on a highway interchange, but when such a scene works, it can be memorable. (Dale Robinette/Lionsgate via AP)