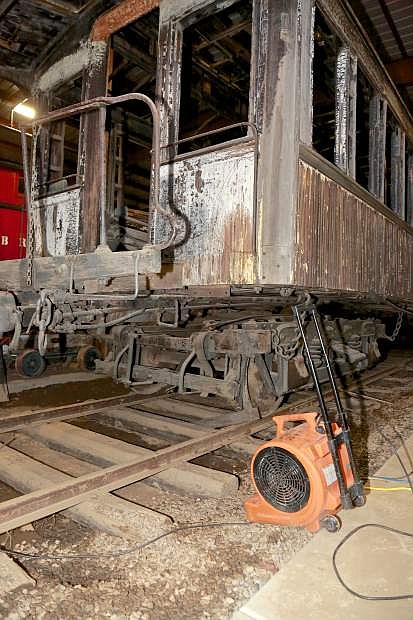 Portable high powered blowerswere placed in the annex area of the Nevada State Railroad Museum with hopes of drying the floor of the building. Below ground work areas still have gallons of water in them.