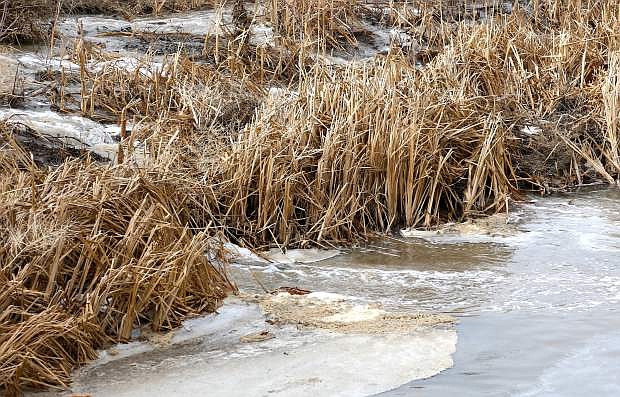 Treated effluent spills into the East Fork of the Carson River after a sewer line broke along Mueller Lane on Tuesday.