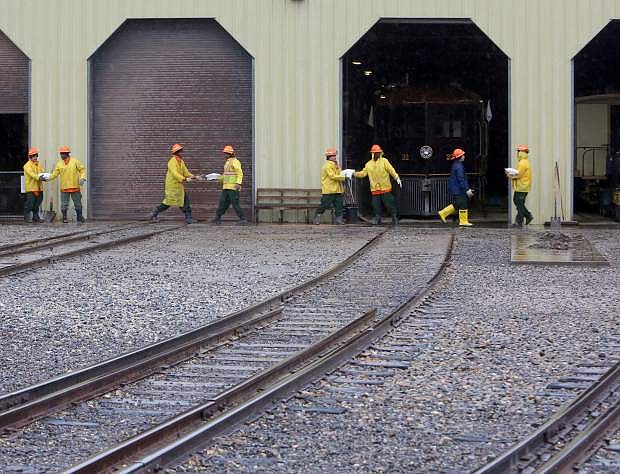 A NDF crew work to sandbag the annex building at the Nevada State Railroad Museum on Tuesday.