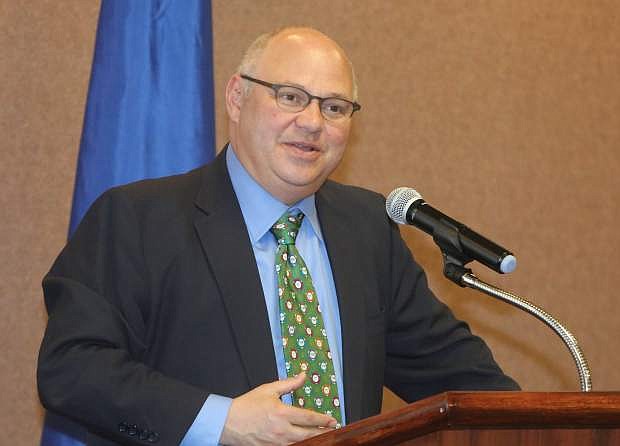 Mark Vitner, Managing Director and Senior Economist for Wells Fargo Securities speaks on the economic outlook for Carson City at the chamber luncheon on Tuesday.