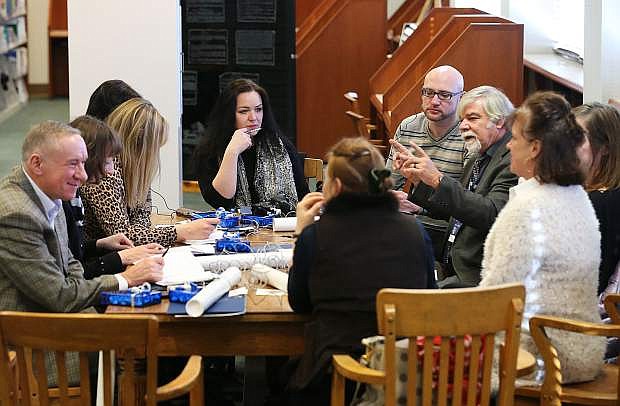 Nevada archivist Jeff Kintop, right center, talks to librarians from the Republic of Belarus during their tour the Nevada State Library, Archives and Public Records in Carson City, Nev. on Friday, Jan. 27, 2017. The group is traveling the United States as part of a three-week, multi-state tour to learn about the educational, social and economic impact of public libraries in American society. Photo by Cathleen Allison/Nevada Photo Source