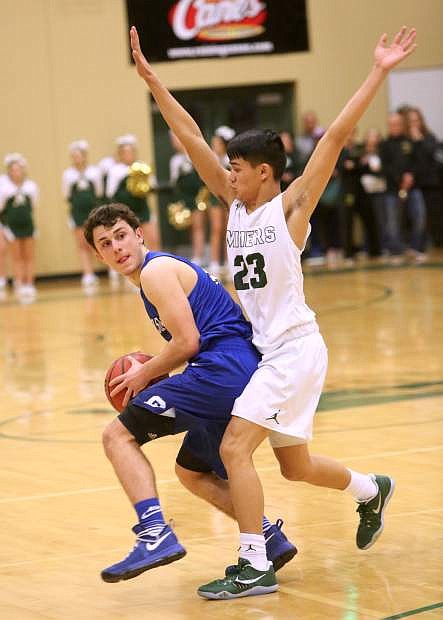 Geraet Rauh sets to make a pass in a game against Manogue on Tuesday night.