Tesla says its Model 3 car will go on sale Friday 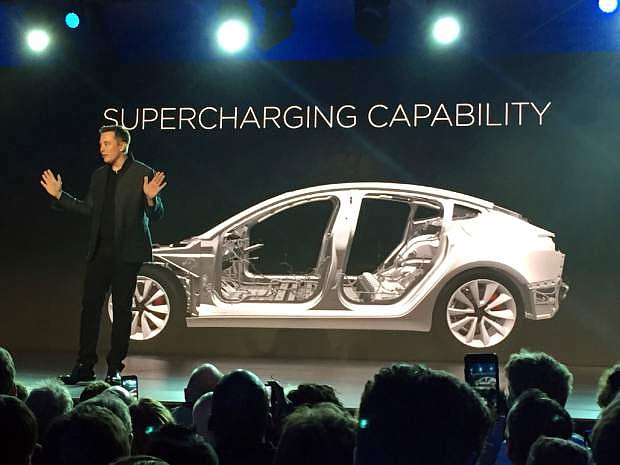 FILE - In this March 31, 2016, file photo, Tesla Motors Inc. CEO Elon Musk speaks at the unveiling of the Model 3 at the Tesla Motors design studio in Hawthorne, Calif. Electric car maker Tesla said on Monday, July 3, 2017, that its Model 3 car will go on sale on Friday. (AP Photo/Justin Pritchard, File)