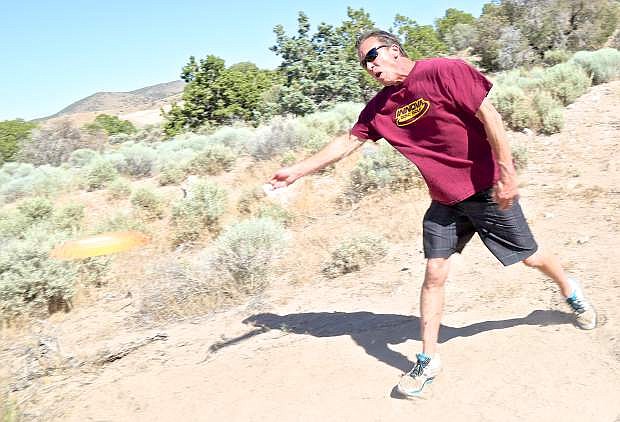 Paul Hanson &#039;tees off&#039; at the future site of the Eagle Valley Disc Golf Associations course in Carson.