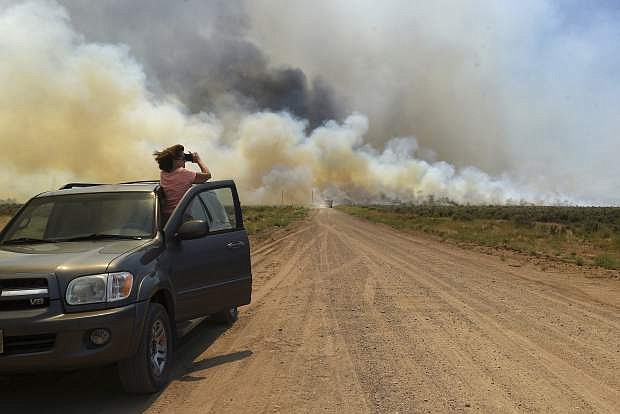 Tamara Pearce watches as a wildfire rages over a private property in the Palomino Valley, Wednesday, July 5, 2017, near Reno, Nev. A day after beating back flames to prevent damage to dozens of rural homes, fire officials on Wednesday advised more residents to evacuate with their animals ahead of one of several blazes sweeping across hot, dry northern Nevada rangelands. (Jason Bean/The Reno Gazette-Journal via AP)