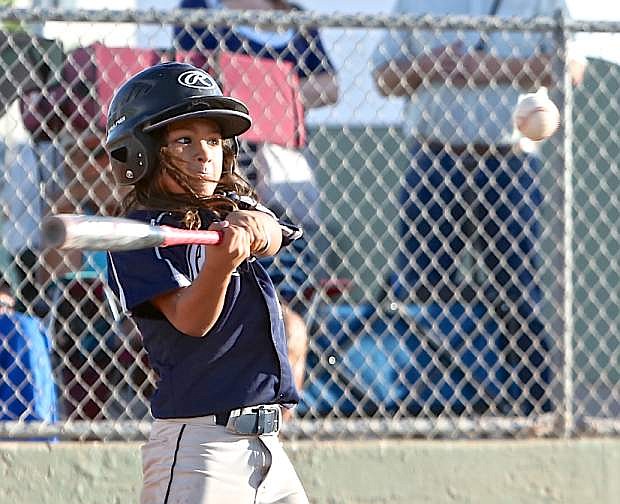 10-year-old All-Star Radley Felix tees off on a pitch that would be good for a single Friday night at Governor&#039;s Field.