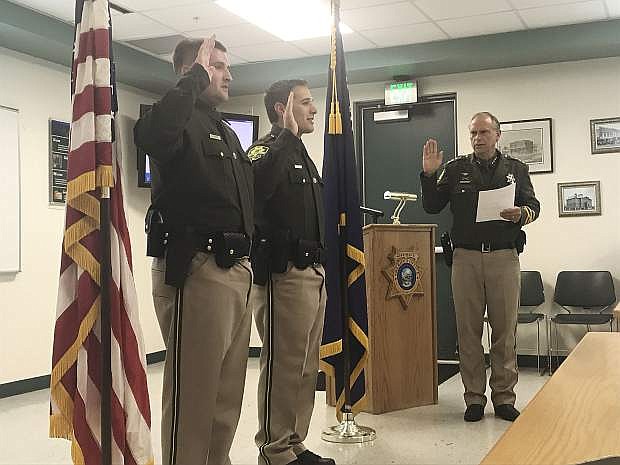 Deputy James Foster and Deputy Maxwell Macedo stand to take their oath of office as they are sworn into the Carson City Sheriff&#039;s Office Friday.