Fire breaks out below Fairview Peak 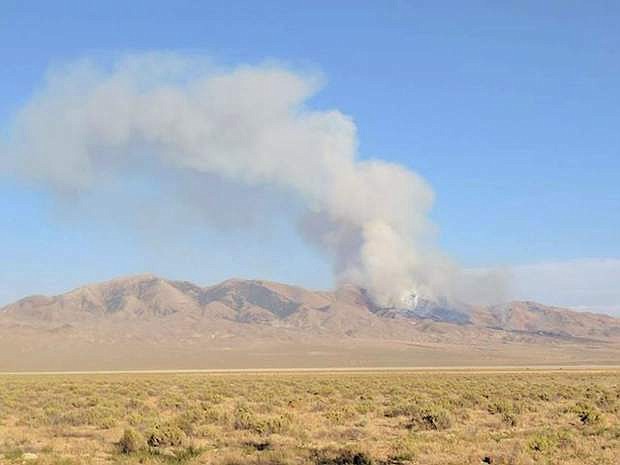 A fire broke out south of Fairview Peak Wednesday afternoon on the Navy&#039;s Bravo 17 training range.This photograph was taken at 7:16 p.m.