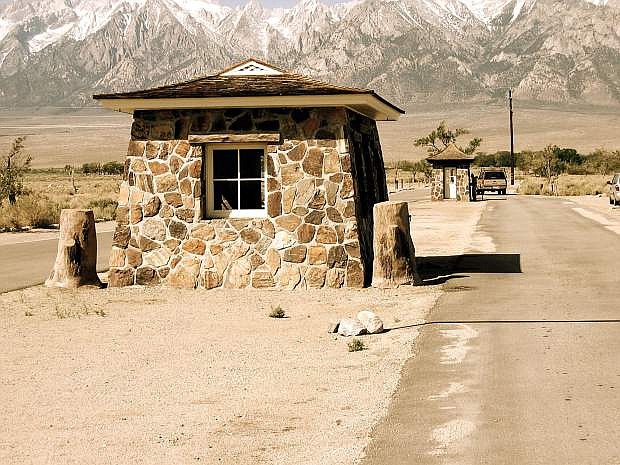 One of the stone sentry posts still standing at the Manzanar Historic Site in eastern California.