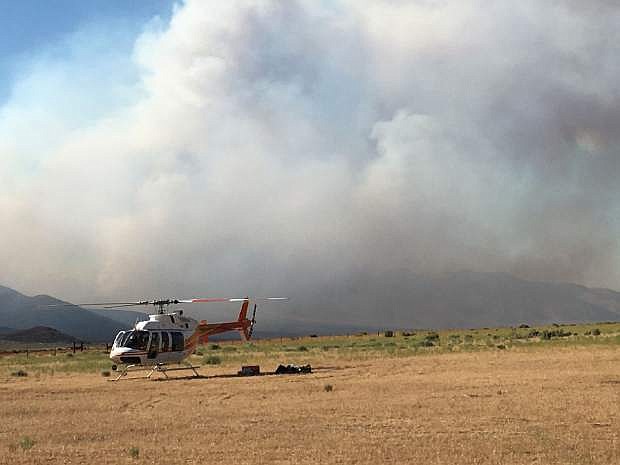 Firefighters are making progress on the Draw Fire near Cold Springs.