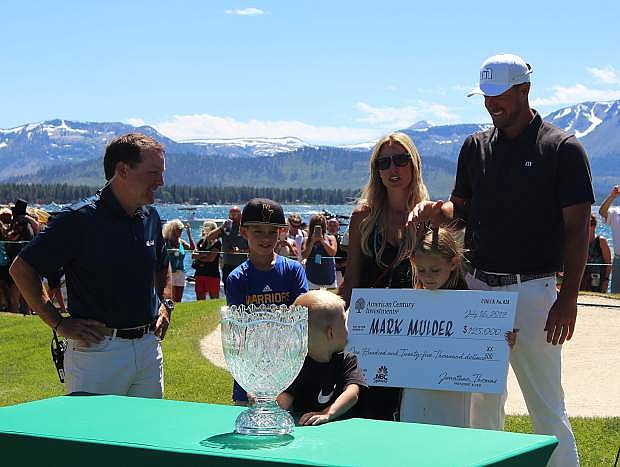 Mark Mulder, along with his family, accepts the championship trophy for winning the American Centrury Championship on Sunday.