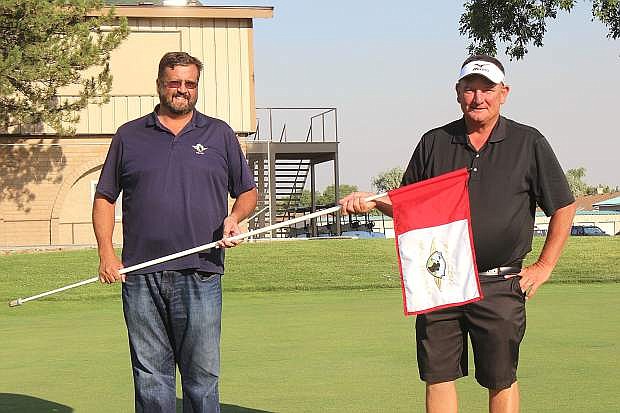 Lem Mackedon, left, and Marty Davis show off one of the new flags at the Fallon Golf Course.