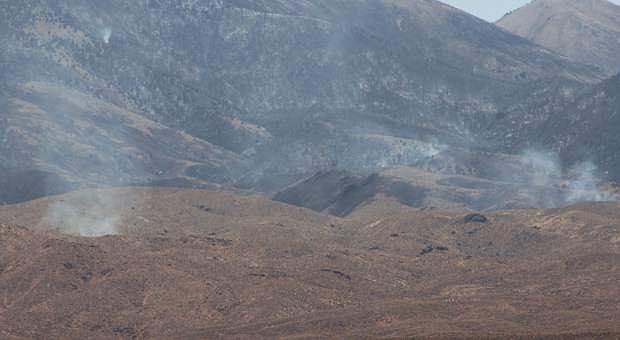 Motorists can see pockets of smoke on the Naval Air Station Fallon side of the Bravo 17 Training Range.