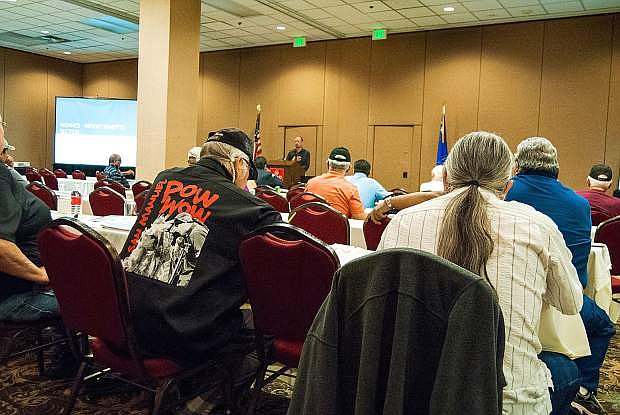 Native American veterans gathered at Grand Sierra Resort in Reno on June 23 to learn about services available once they return home from war.