OJ Simpson to face Nevada parole board with freedom in sight 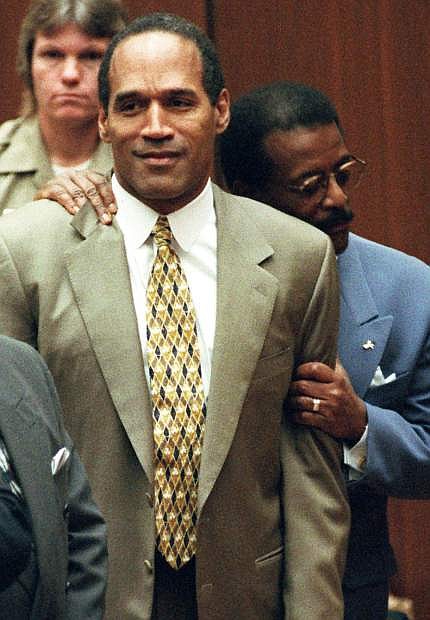 FILE - In this Oct. 3, 1995 file photo, attorney Johnnie Cochran Jr., right, holds onto O.J. Simpson as the not guilty verdict is read in a Los Angeles courtroom. Simpson, the former football star, TV pitchman and now Nevada prison inmate, will have a lot going for him when he appears before state parole board members Thursday, July 20, 2017, seeking his release after more than eight years for an ill-fated bid to retrieve sports memorabilia. (AP Photo/Pool, Myung J. Chun, file)