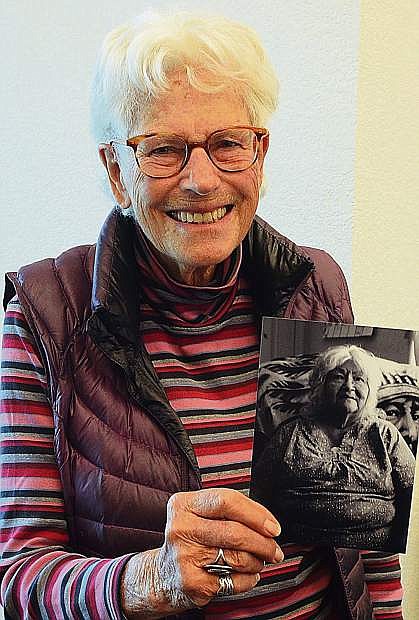 Minden photographer Nancy Raven holds a small copy of one of the photos on display at the Douglas County Historical Society.