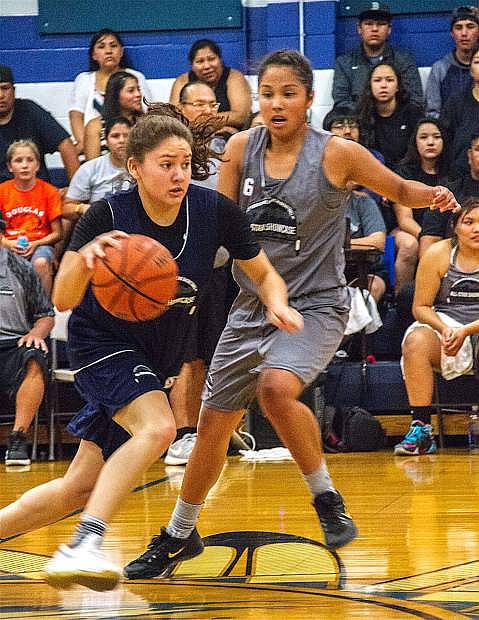 Anhelica Shanrock drives to the hoop during the inaugural Native American All-Star Showcase in Reno on June 20.