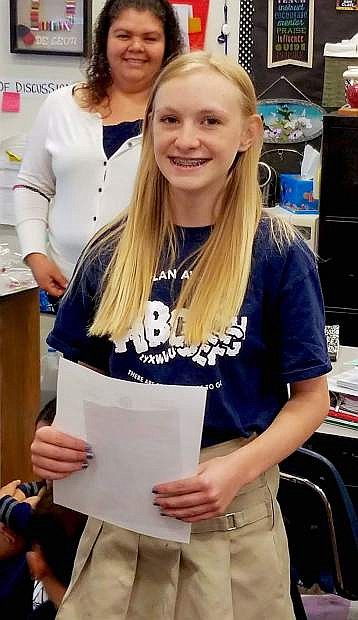 Oasis Academy student McKenna Jaques stands with her letter notifying the school of her winning essay; her English teacher Berenice de Leon, who submitted the student essays, is in the background.