We’ve become bike friendly — but where are the riders? 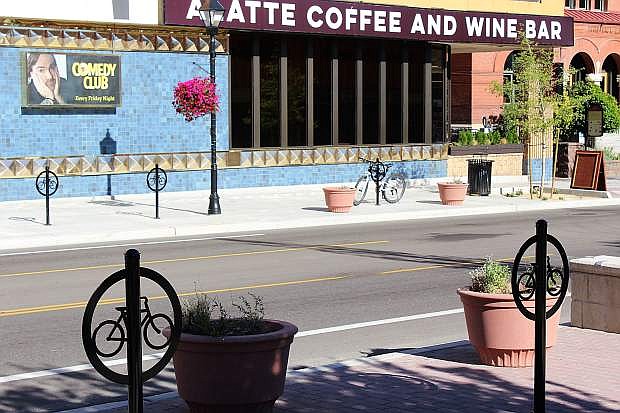 A lone bike is tethered to one of the many bike racks in the downtown.