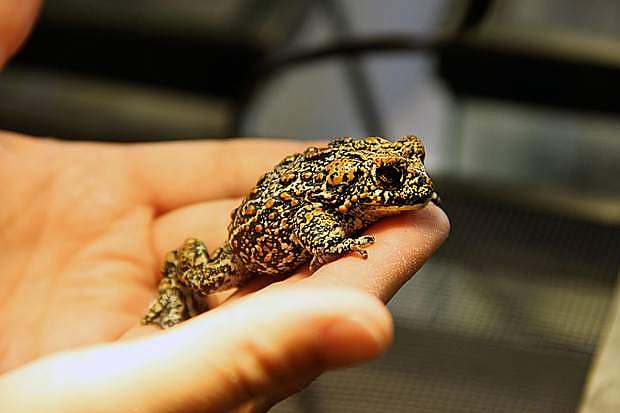 A recently discovered new species of toad, the Dixie Valley toad, was found in a spring-fed marsh in the Great Basin of Nevada, which was once covered by large marshes and giant inland lakes during the Pleistocene Epoch and is now among the most arid regions in the United States with only one percent of the landscape containing water. Photo courtesy of the University of Nevada, Reno.