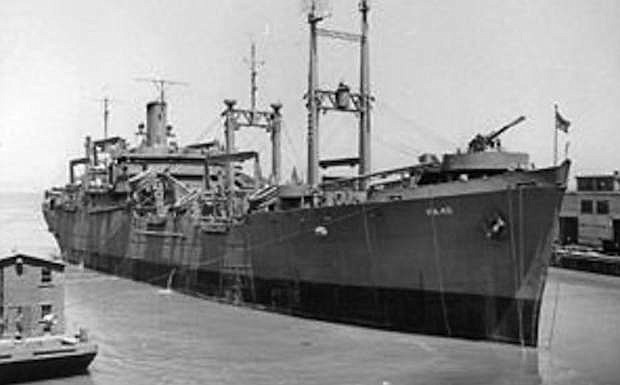 The attack transport USS Ormsby is pictured in 1943 at the Mare Island Naval Base in San Francisco Bay.