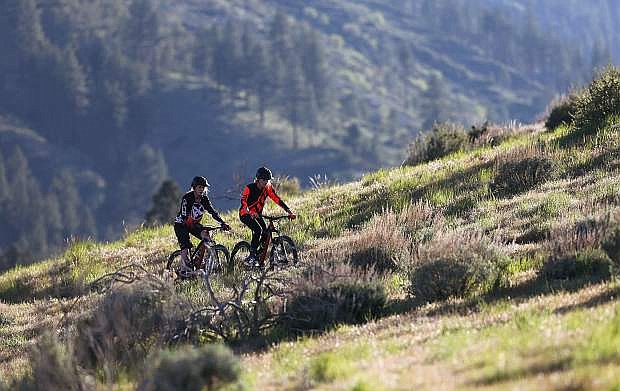 Mallory and Molly Otto ride in Ash Canyon above Carson City. The 18-year-old twins will compete in the 15-mile race at the Carson City Off-Road. Photo by Cathleen Allison/Nevada Photo Source