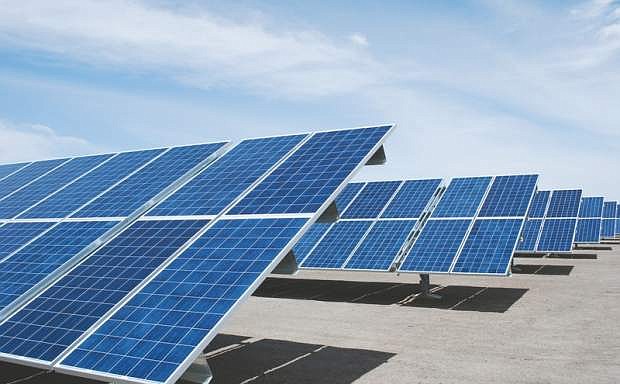 Thousands of solar panels are part of Enel&#039;s solar-geothermal power plant at Stillwater.