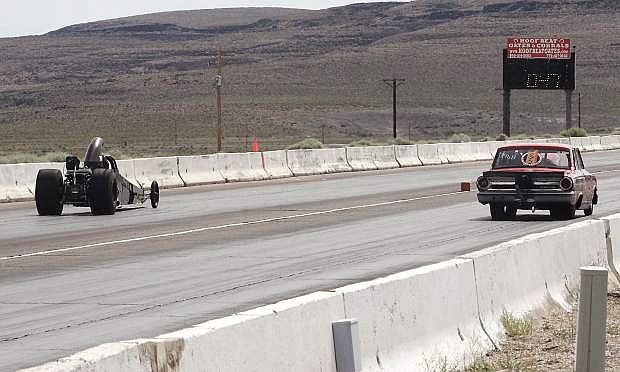 Racers take off down the track during a race at Top Gun Dragstrip.