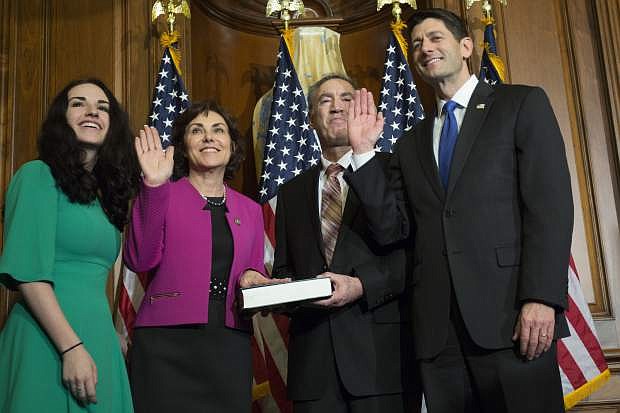 FILE - In this Jan. 3, 2017 file photo, House Speaker Paul Ryan, right, of Wisconsin, administers the House oath of office to Rep. Jacky Rosen, D-Nev., second from left, during a mock swearing in ceremony on Capitol Hill in Washington. Rosen said Wednesday, June 21, 2017, she will seek the Democratic nomination to take on incumbent Republican Sen. Dean Heller in the 2018 election. (AP Photo/Zach Gibson, file)