Tales of bravery: 10 years after the Angora fire 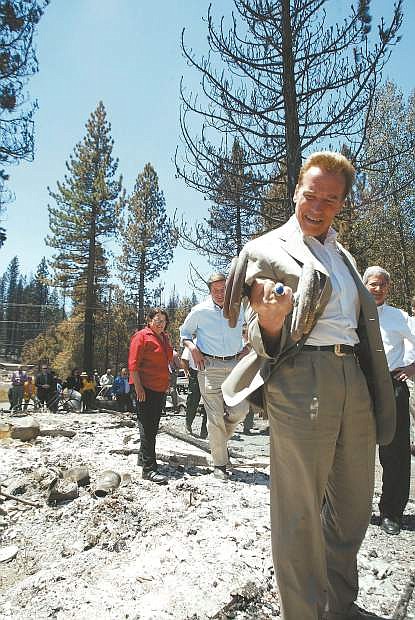 Dan Thrift/Tahoe Daily Tribune California Governor Arnold Schwarzenegger finds a dumbell in the remains of an Angora Fire home on View Circle while taking a tour of the area Wednesday afternoon.