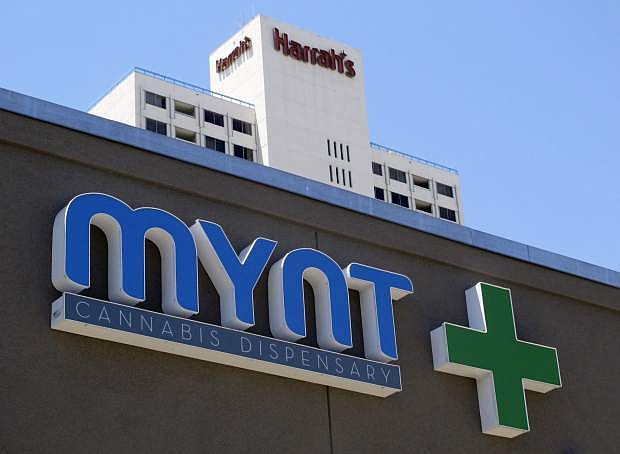 FILE- This June 21, 2017, file photo shows a sign on the Mynt Cannabis Dispensary across the street from Harrah&#039;s hotel-casino in downtown Reno, Nev. The Mynt is one of at least four medical marijuana dispensaries in Reno that have received the necessary local licenses and are ready to start selling marijuana for recreational use on July 1 as long as they get their anticipated state license. (AP Photo/Scott Sonner, File)