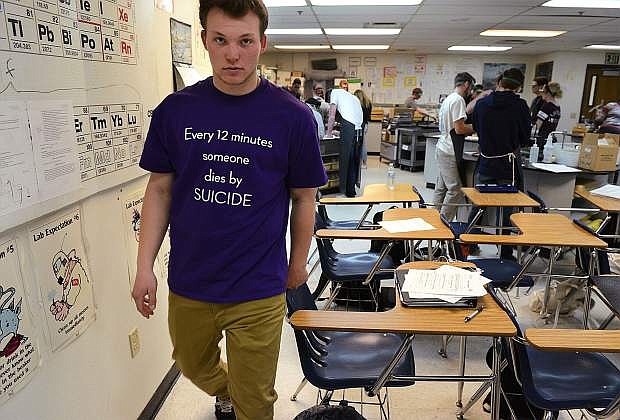 Carson High School senior Jace Keema, 18, walks out of his classroom as part of Drop Dead Day on Wednesday. A different student was pulled out of class every 12 minutes to illustrate the statistic that a suicide occurs every 12 minutes in the United States.